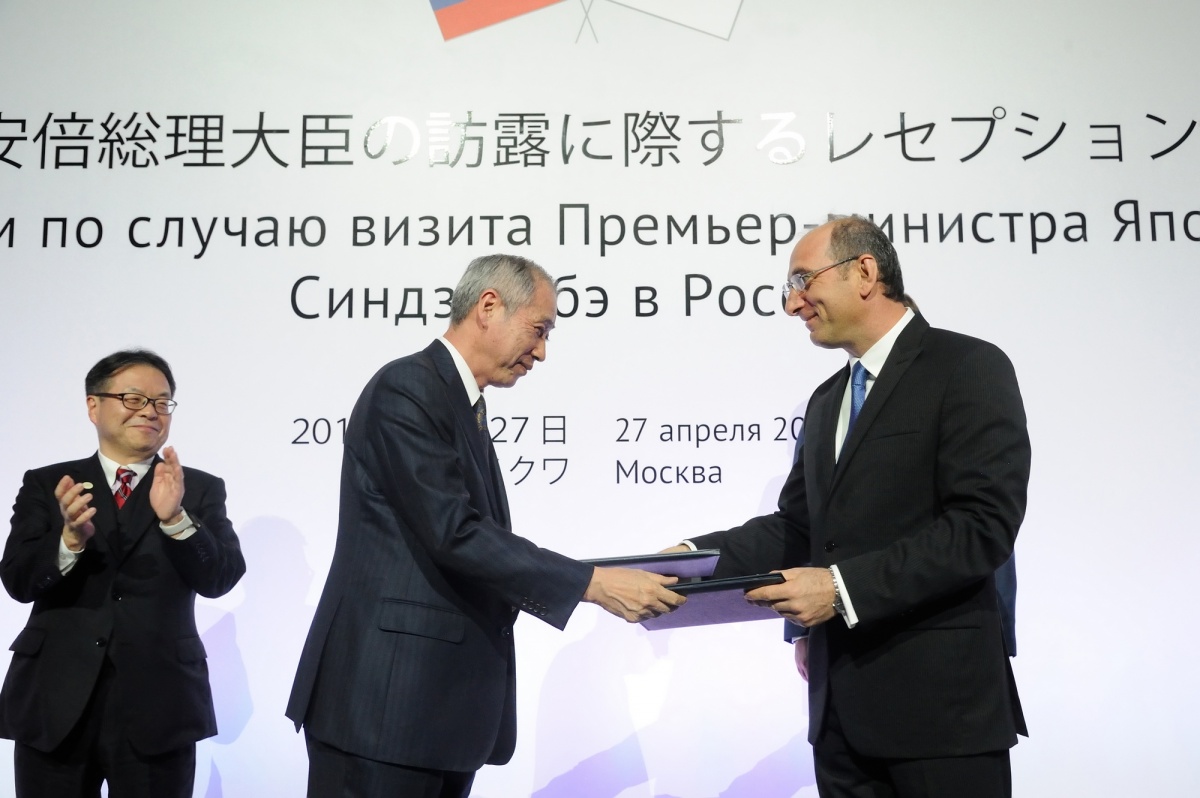 Irkutsk Oil Company and JOGMEC started the joint exploration projects in East Siberia in 2007 (INK-Sever) and 2009 (INK-Zapad), and four hydrocarbon fields have been discovered since then. Following successful achievements of the projects, JOGMEC invited Japanese private companies to join one of the JVs in 2013, and now JOGMEC still provides strong support to this project. It should be specially mentioned that Ichyodinskoye oil field, which is one of the fields discovered by INK-Zapad, migrated to the Production Phase in December 2016 and has started commercial production.

For further development of cooperative relationship between Irkutsk Oil Company and
JOGMEC, the parties agreed the basic ideas for new joint exploration project in
East Siberia for at least 5 new blocks, and signed the Heads of Agreement on
April 27, 2017. Irkutsk Oil Company and JOGMEC vowed to accelerate the
working-level meetings. The parties anticipate that the total investments into such blocks for acquisition and exploration works within the period until 2021 (inclusive) will amount to not less than 100 million USD. Irkutsk Oil Company and JOGMEC expect this project contribute to the further progress of cooperation between Russia and Japan and to the improvement of energy security for both countries.