Irkutsk Oil LLC (“INK”) and Uniper have signed a long term Helium Sales and Purchase Agreement for the offtake of a portion of the liquid helium from INK’s future helium production from the Yaraktinsky field. The plant near Ust-Kut in the Irkutsk region in Russia is currently under construction, with a scheduled start of production at the end of 2021. The Yaraktinsky plant is expected to produce approximately 10 million liters per year of bulk liquid helium when it reaches full capacity. 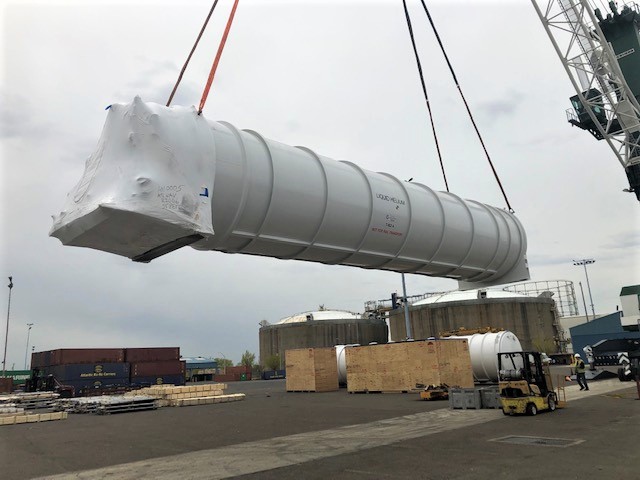 Hans Jonasson, Chief Commercial Officer Global Gas said: “Uniper is very pleased to become a strategic partner in INK’s helium production. This supply agreement supports the expansion of our global helium portfolio to meet the growing demand of our customers.”

With decades of experience as a world-class operator, off-taker and supplier of natural gas, LNG and coal, Uniper also manages an emerging portfolio of liquid and gaseous helium. Uniper started its helium activities in 2017 when it purchased volumes from the US federal helium reserve in an auction organized by the US Bureau of Land Management (BLM). Since then, Uniper has begun building up its fleet of cryogenic ISO helium containers and has been active globally by sourcing directly from helium producers and selling to industrial clients, resellers and research institutes in Europe, Asia-Pacific and the US. As one of the largest gas storage operators in Europe, Uniper also analyses opportunities to store helium in underground facilities.

Yuriy Rubin, INK’s Deputy CEO, Project Finance and Investments, said: “INK is excited to become one of the world’s small number of primary helium producers. We are pleased to have a reliable partner like Uniper, with a growing presence in the helium business, as one of our initial long term contract customers for helium.”

As a by-product of natural gas, helium has many unique properties such as the lowest boiling point of all elements and a low density, making it ideally suited to a wide variety of applications, including electronics (semiconductors, LCD screens), aerospace, automotive, healthcare, fiber optics, lifting and welding. While the global market for helium is much smaller than for natural gas, the product is very valuable and its demand is expected to grow in the future.

INK’s efforts to market the helium from the Yaraktinsky plant were supported by Kornbluth Helium Consulting, LLC.

Irkutsk Oil Company, LLC was established in 2000. INK is engaged in geological study, exploration, and production of oil, gas and various by-products in Eastern Siberia, Russia and is one of the largest independent oil and gas producers in Russia. INK possesses huge gas resources in the Yakutia, Irkutsk and Krasnoyarsk regions with a high content of helium. Since its founding, INK has allocated more than 300 billion rubles to the development of oil fields and licensed subsoil areas, construction, engineering, and transportation infrastructure. INK and its subsidiaries are registered entities and pay taxes in the Irkutsk region. INK is the region’s largest taxpayer and currently employs around 10,000 people.

Uniper is a leading international energy company with around 11,500 employees and activities in more than 40 countries. With about 34 GW of installed generation capacity, Uniper is among the largest global power generators. Its main activities include power generation in Europe and Russia as well as global commodity trading, including a diversified gas portfolio that makes Uniper one of Europe’s leading gas companies. The company is headquartered in Düsseldorf, being the third-largest listed German utility. Under its new strategy, Uniper aims to become carbon-neutral in Europe by 2035.