The Group develops and implements numerous social and charitable projects aimed at improving the quality of life and accelerating the economic development on the territories where the company operates.

As part of this, Irkutsk Oil works closely with regional and local authorities. In 2007, the Group signed an Agreement on Social and Economic Cooperation with the Government of Irkutsk region, and is committed to its fulfillment.

In September 2013, Irkutsk Oil Company was recognized for its active social and charitable work with an inclusion into the Register of Socially Responsible Companies of the Russian Federation.

Support for medical and educational institutions

In order to minimize its negative impact on the lifestyle of indigenous peoples and other ethnic groups, the company takes into account the opinion of the local population regarding the locations of future production facilities, camps, and transportation infrastructure.

The company provides community aid as part of the regional program «Organization and Protection of Native Habitats and Traditional Lifestyles of Indigenous Peoples of the Irkutsk Region for 2013–2015». On the basis of agreements with the Evenki National Cultural Center and the Union for Assistance to Indigenous Peoples of the Irkutsk Region, Irkutsk Oil funds cultural events with the participation of indigenous peoples. For example, in 2013, the company supported the first festival of the indigenous peoples of Irkutsk Region, called Ikenipke.

The Group pays special attention to providing financial assistance to children and child institutions. In accordance with the agreement between Irkutsk Oil Company and the Irkutsk regional branch of the Russian Children’s Fund, the company supports orphans and children with disabilities living in the north of the Angara region. The Group regularly sponsors educational, recreational, sports activities, and the construction of playgrounds. Its employees do not remain on the sidelines, but take an active part in its social events. 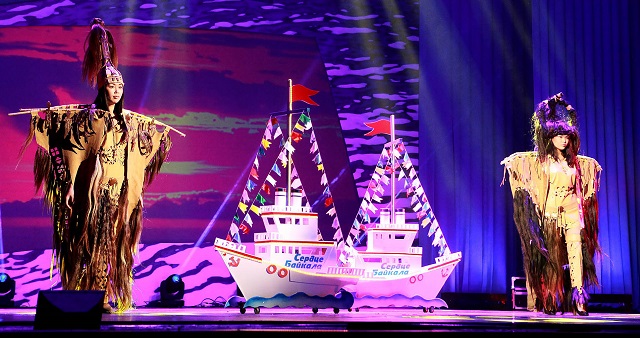 An integral part of the company’s charitable activities is support for religious freedom and assistance in restoring spiritual culture in the northern areas of Irkutsk region. The company helped build Orthodox churches in the city of Ust-Kut, Anga village in Kachugsky District, and the shift camp at Yaraktinsky field. A chapel in Verhnemarkvo village is currently under construction. The Group contributes to various religious organizations, including the Buddhist community and the Jewish community of Irkutsk region. Here, its projects mainly focus on religious education of young people.