The Irkutsk Oil Company (INK) procured 17.5 million rubles worth of equipment for the Ivano-Matreninsky Pediatric Clinical Hospital in Irkutsk. 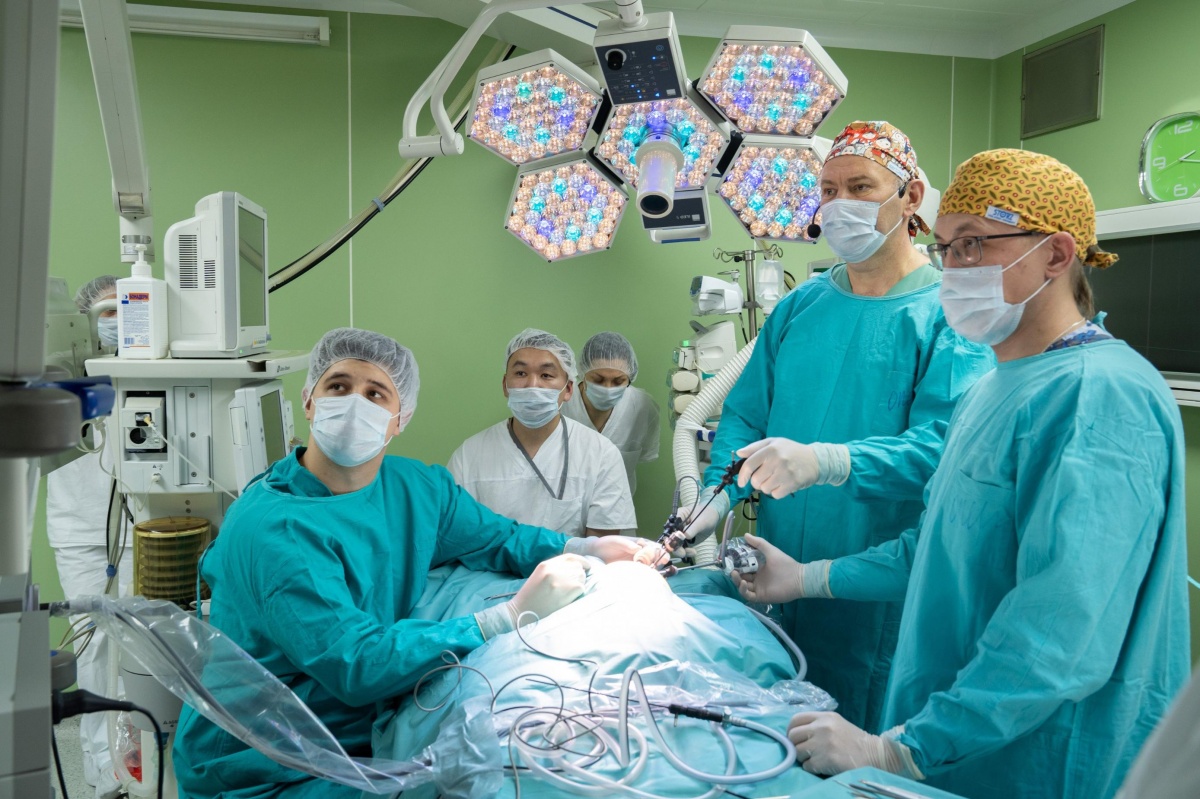 Irkutsk was the first city in Russia to introduce 4K video formatting equipment for operations on newborns and infants; there are no more than ten such systems in the world.

The latest development of laparoscopic surgery instruments supplemented Russia’s first OR1 NEO fully integrated digital operating equipment also acquired by INK in 2017, the 42 million rubles worth of high-tech equipment. The 4K Ultra HD endoscopic surgery video system displays a high-quality image of an operation site that is four times larger than the resolution of the basic equipment.

For example, even the largest major vessels of a baby are 7–8 mm in diameter, whereas smaller vessels and capillaries are way smaller. Under surgical intervention, it is important to connect vessel tissues layer by layer; the new equipment enables surgeons to do this practically without incisions.

The first surgery, namely, an endoscopic kidney resection, aided by the new system, was on December 10, 2019. A kidney duplication pathology was diagnosed in a 15-day-old baby as early as during prenatal development. A 30-minute long minimally invasive surgical procedure was performed on the baby boy. Before, it would have been a three hour long abdominal surgery involving large incisions, blood loss and a long postoperative phase, but thanks to the new equipment and competence of the Irkutsk surgeons, the baby did not lose a single drop of blood and he will not have any post-surgical scars left on his body. The next day the little patient and his mother left the hospital.

According to Professor Yuri Kozlov, the Head of the Neonatal Surgery Department of IMDKB, “the further development of medicine is determined not only by the personal skills of the surgeon, but also by the world-wide technical innovations, and thanks to Irkutsk Oil Company, the hospital may avail itself of such things. As one Indian philosopher had said ‘every newborn is a gift from the Lord who states that he has not given up on us yet. I need to do my work so that I don’t have to get back to it later in a “done and forgot” way so that there are no complications, or reinterventions.”

Nikolay Buynov, the Chairman of the Irkutsk Oil Company, noted that it was largely thanks to the passion of surgeons of the Ivano-Matreninsky Hospital that this equipment appeared in Irkutsk: “There is always a person who makes a change, and we support that in any way we can. The fact that today there is such equipment in Irkutsk should be credited to Dr. Yuri Kozlov. Any parent understands what it means – the health and life of our children.”

Marina Petrova, Deputy Minister of Economic Development of the Irkutsk Region, who also watched the work of Irkutsk surgeons on the new equipment, said: “I am proud that this is happening in our Irkutsk. Today, I had an opportunity to make sure once again that our leading regional company is a socially responsible entity that is true to its commitments.”

About two thousand OR1-aided interventions have already been performed over the past two years using the previous generation of equipment. The patients are mainly children from the Siberian and Far Eastern federal districts, but Irkutsk surgeons also help people from other regions of Russia as well. Moreover, the modern endosurgical system may be used for video broadcasting to any location of the world. Over the two year period, the Irkutsk doctors conducted more than ten remote master classes.