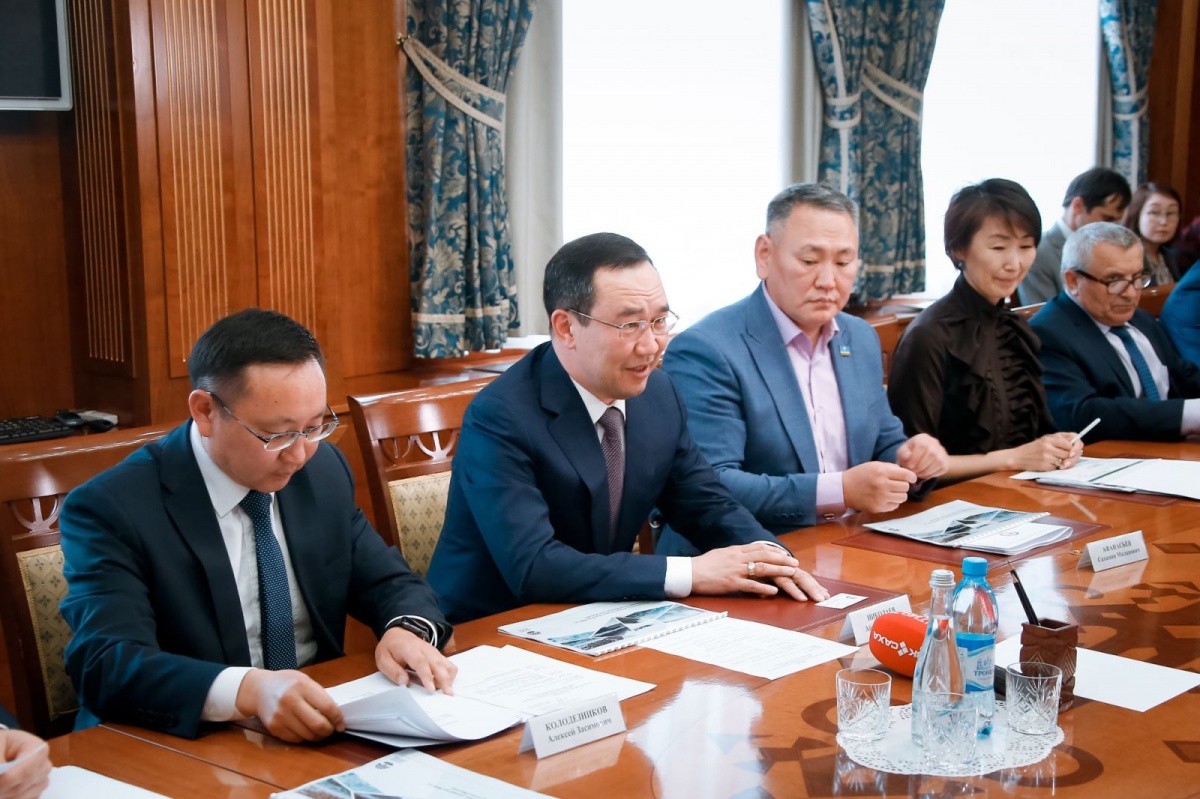 According to the main press service of the Republic of Sakha (Yakutia) and the government of Yakutia, Aisen Nikolaev thanked INK for its cooperation. He also noted the high importance of crude oil supplies for the needs of the municipalities.

"Given our successful experience in river navigation last year, in the future I hope for a positive decision on the supply of crude oil for our utilities" said Mr. Nikolaev.

Mr. Il Darkhan noted that the growth of industrial production in the region showed the best results over the past 5 years; "Yakutia is the locomotive of the mining industry of the whole country. Every year we beat all records for the extraction of gold, silver, oil, and coal. We will drastically increase the potential of oil production. Taking into account our support of the industry, I am sure that Irkutsk Oil Company will be able to increase oil production and provide a significant increase in tax payments to the budgets of different levels," Mr. Nikolaev said.

The head of the region also stressed that compliance with the requirements of environmental legislation set by mining enterprises is a leading priority for their successful activity in the territory of Republic of Sakha (Yakutia). In this sense, he highly appreciates the Irkutsk Oil Company’s special attention and care for nature. Due to the constant monitoring of the environment in the area of operations, the general condition of the licensed areas of INK fully meets all environmental requirements.

The group of companies have been operating in Republic of Sakha (Yakutia) since 2012, and over the past 6 years, investments towards exploration has exceeded 7.6 billion rubles. INK has discovered two gas condensate fields in the region: Ilgychakhsky, Byuksky in Mirninsy and Lensky districts. The total gas resources in these two fields are estimated at more than 66 billion cubic meters, meanwhile the Company continues to increase exploration and drilling.

The head of Yakutia invited the Irkutsk Oil Company to take part in the first oil and gas forum, which will be held from August 29th – 30th, in the city of Mirny.

Nikolai Buynov confirmed his readiness to strengthen INK’s cooperation; "We have an understanding that we need to move forward in the region. We have discovered serious gas resources and continue to search for oil," said the Chairman of the Board of Directors of INK.

Deputy Director General Mr. Yevgeniy Milov, said that the group of companies all agree on socio-economic cooperation with the regional tribal communities of indigenous minorities of the North, and the Association of Evenks of the village of TAAS-Yuryakh, including social projects in Mirny, Suntar and Lensky.

Deputy Chief Engineer of Irkutsk Oil Company Mr. Ruslan Salikhov added that the plans for the next five years are focused on the drilling of 57 development wells in Machalinski Deposit, and the construction of well pads and storage infrastructure.