The opening ceremony, accompanying the raising of the bronze sculptures, took place on November 26th, at the entrance of the INK headquarters. The statues were dedicated in honour of the company’s 15th anniversary, and the 10th anniversary of its subsidiary, “INK-Service”. 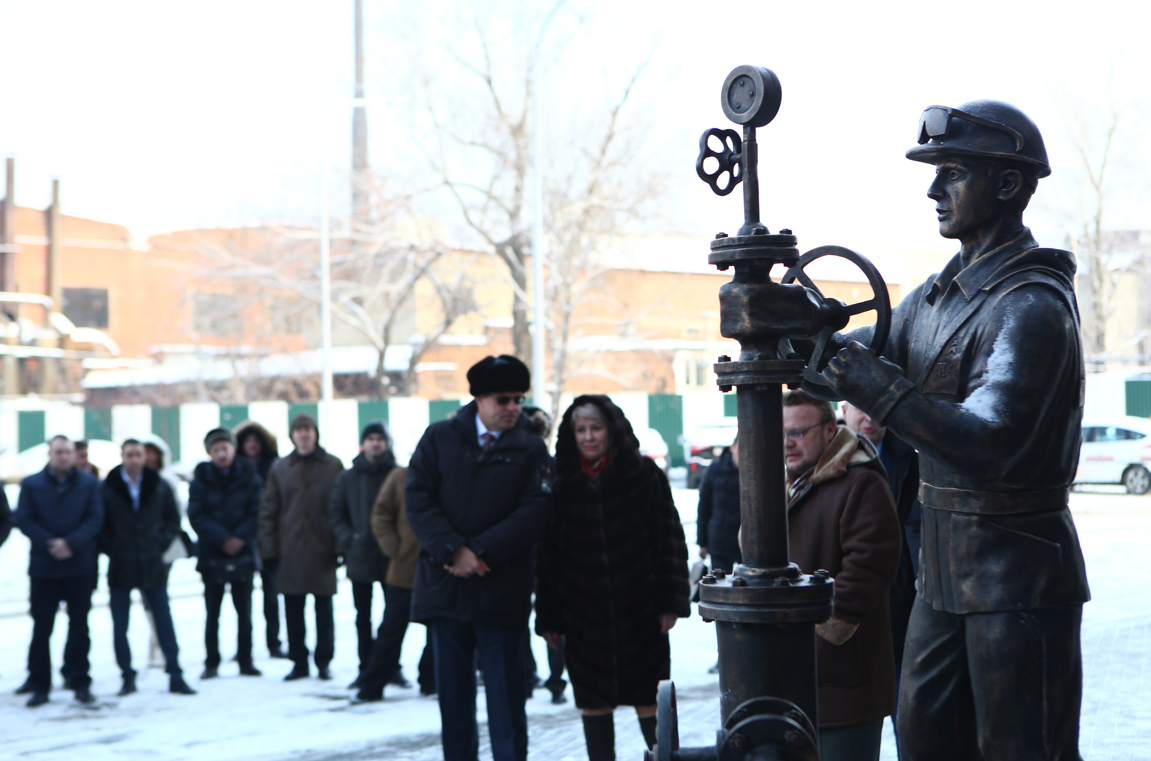 The first part of the ceremony revealed the INK-gifted sculpture as part of celebration the 10-year Anniversary of INK-Service. Nikolay Buynov, Chairman of the Board of Directors, noted that the bronze contains the nostalgic history of the subsidiary; truly, one can recognize the countenance of Vasily Hanzhin, the first drilling supervisor in INK-Service, in the relief of the statue. “Hopefully a new tradition will be established” he said as he dropped a coin into the wrought oil well.

In exchange, INK-Service presented its own dedication: a sculpture of drilling-crew operations. Mihail Ushkov, the CEO of INK-Service, held that the sculpture of the oil-drill operator symbolizes the arduous work of the employees at the oil fields. “The concept of the statue, to represent the strenuous undertaking of the drilling crews, was a great one,” said the honored guest of the ceremony, president of the Japan Oil, Gas and Metal National Corporation (JOGMEC). “I always think of the uneasy endeavors at the oil fields” he stated. “They are the true heroes in our line of work.”

The Irkutsk artist Mihail Filipov added that despite the hard circumstances faced by the drilling crews, the operators never lose spirit. “I tried to depict them as jovial and kind” he expressed. The audience surrounded and joyfully spun the pressure valve, to “get luck” (the pressure valve was made movable on purpose), and established it a tradition to do so with the statue.