On October 27th, INK unveiled its newest addition - The Museum of INK’s History. This novel museum showcases the development of the company as the East Siberian upstream producer. In it one will find a wide variety of INK related exhibitions, including archival documents and photos, samples of the rock cores, parts of machinery used for oil drilling, and documentaries concerning the company's history. All this will exhibit the successful past of INK and show the road to its bright future. 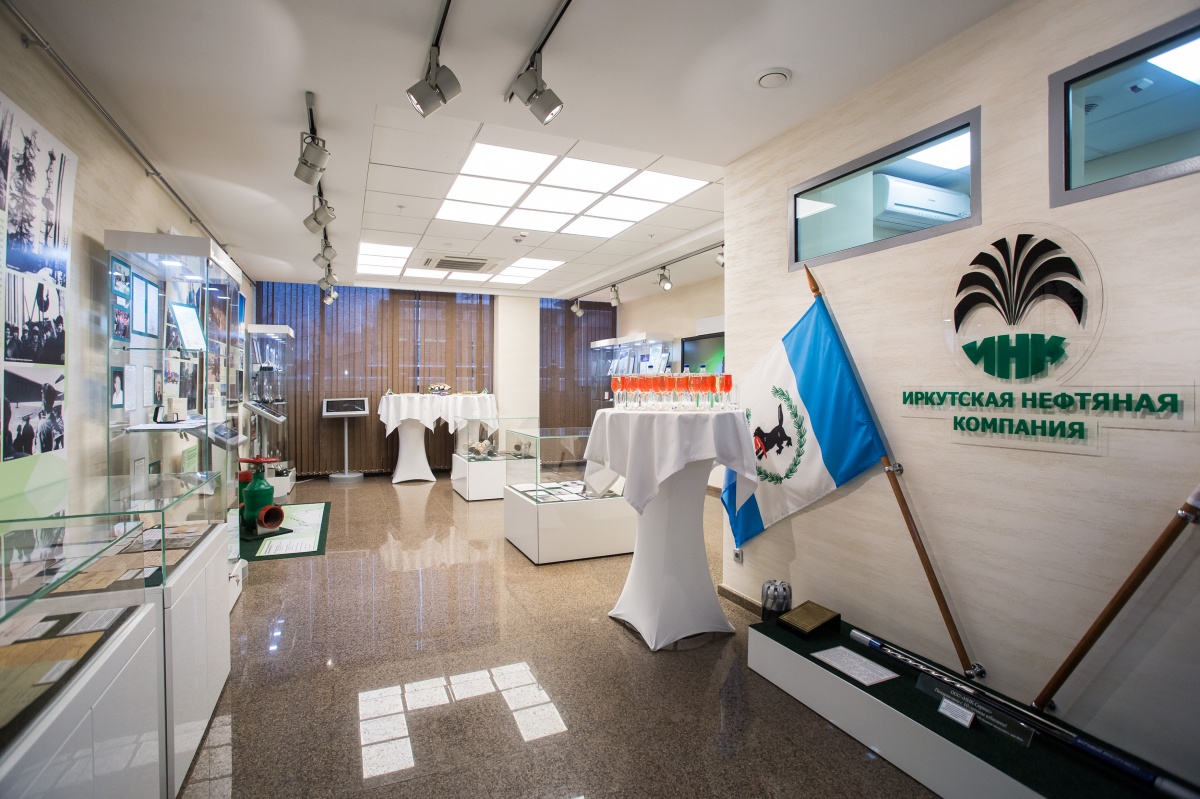 Irkutsk geologists sought an encounter with black gold since the beginning of the 1960s, after the discovery of Markovsky oil field in the Ust’-Kutsky district. This field, incidentally, now belongs to INK. The oil rush during those years proved fruitful as many of the known oil fields were discovered. For example, one of the largest oil field detected during that time, the Yaraktinsky field, is now a major producing field of INK.

INK itself was formed in 2000. In 2003, INK became the first commercial oil expansionist in the Irkutsk region. Despite the hardships faced during the dawn of the 21st century, INK managed to surpass all challenges thrown on its path, and now, INK finds itself in the ranks of the highest and most profitable oil companies in the entirety of Russia. Such progress and success must be documented, said Lubov Chernyavksaya, and her wise words imbued INK to create a project dedicated to the aforementioned documentation. The museum, the result of the project, was worked upon eclectically by the company with a support of employees of the Irkutsk Regional Museum.

“INK’s history showcases nothing but an exponential growth over the last 15 years, and, in order to succeed on our future endeavors, we must remember and cherish our past, since without it, we will have no future” said CEO Marina Sedyh at the opening of the museum. She indicated that the museum will be worked by “zestful individuals who cherish and honour the growth of our company.”

“Sometimes, a story is told by the bystanders, not by the hero. We want for our story to be told by the people who formed and molded the company to what it is now” said Chairman of the Board of the company, Nikolay Buynov. Just this week, he asked for any relevant information, coming from any worker, to be sent to the museum: “By incorporating even the smallest of details, the museum will be a living and breathing thing, a museum of the present and of the future”

Albeit the museum boasts a collection of rock samples, oil drilling equipment, and many other interesting documents, the most impressive exhibition is the 3D movie, an exhilarating ride that shows the rapid expansion within Yaraktinsky, Markovsky, and Danilovsky fields on the north of Irkutsk region from a helicopter perspective. Just few minutes of movie give a good illustration of 15 years of tremendous development.

Another noteworthy exhibition in the museum is the story of PMTP-150, a temporary pipeline originally reserved for the military purposes, which enabled INK, in the beginning of its years, to start all-year-round production.

One truly begins to appreciate the history of INK through the exhibition of the museum. The museum was found to be so impact that every new employees of the company start their introduction to the companies’ values with a visit of the museum.