INK’s museum became an awardee in the countrywide contest 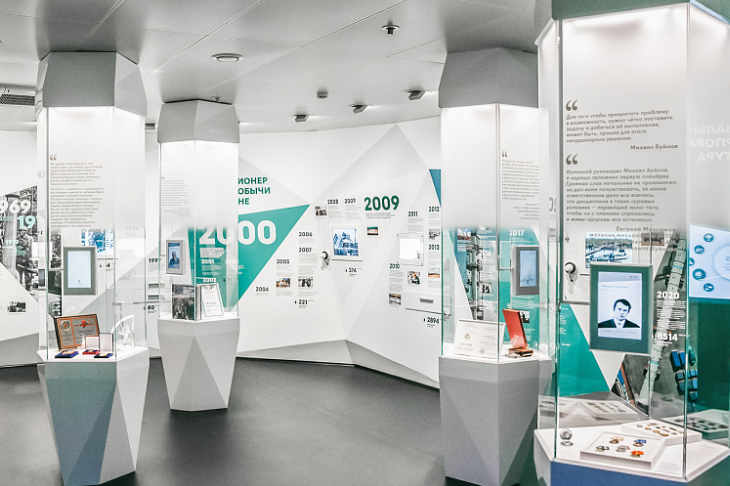 The new interactive exhibition “INK. 20 years. A Siberian Story” was inaugurated in December 2021. Askrin company based in Saint Petersburg was the contractor in the project. The INK museum is equipped with modern multimedia gear: 15 projectors, optical recognition systems, touchscreens, and a flexible lighting system. One of the walls is actually a rear projection screen imaging water mirror on standby. The exhibition also features a section dedicated to oil prospecting and exploration from the early 20th century up to the nineties. One of the other sections presents the gas chemistry cluster, which the company is developing in the north of the Irkutsk Region.

Irkutsk Oil Company (INK) is one of major private producers of raw hydrocarbons in Russia. The company incorporated in 2000 engages in geological study, exploration and development of 52 subsoil blocks in the Irkutsk Region, Krasnoyarsk Region and Republic of Sakha (Yakutia). INK’s largest investment project is the gas chemistry cluster developed in Ust-Kut town. It consists of gas production, treatment, transportation and processing facilities, two helium plants, and the Irkutsk Polymer Plant. This is the first facility in the Eastern Siberia to produce polyethylene-based products using its own feedstock – ethane.  The output capacity of the plant will be 650 thousand t of marketable product per year. With the start of the facility, 1,600 new jobs will be created in the Ust-Kut district.