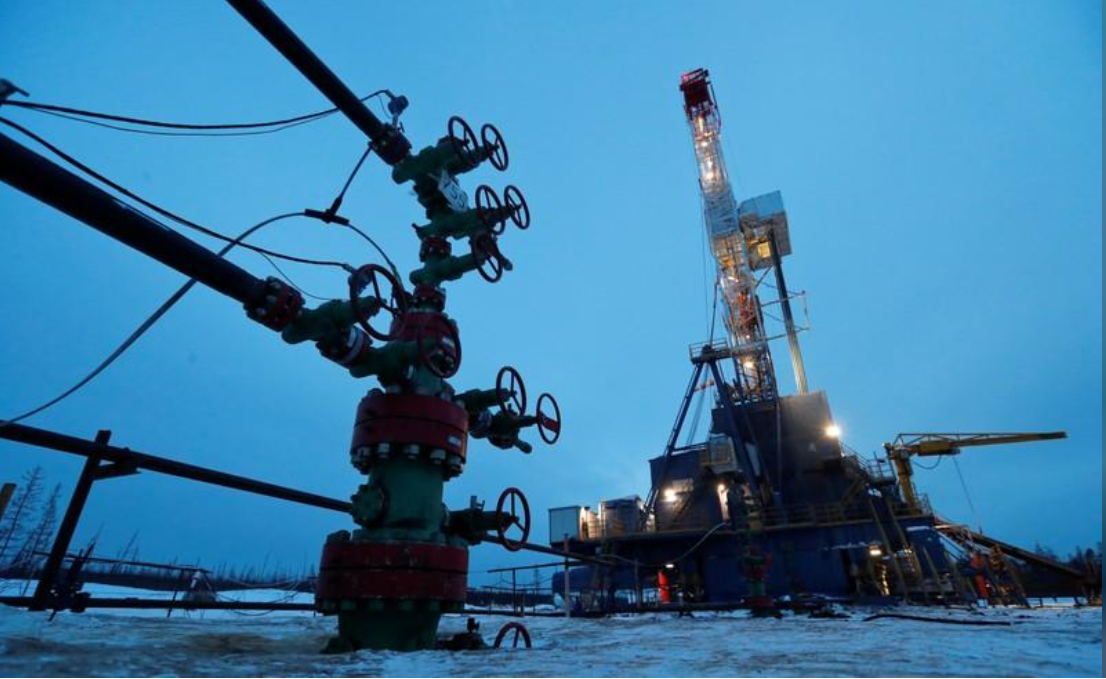 Irkutsk Oil Company, known by the Russian acronym INK, has increased its crude production levels 30-fold over the past decade and has negotiated access to a pipeline network that allows it reach the Asian market.

The company told Reuters it is planning investments worth $3-$4 billion over the next three years, including developing its gas business by building four processing plants.

INK stands out in the Russian oil sector, more than half of which is in state ownership, and is dominated by massive players like Rosneft and Lukoil. Production growth in the sector has been sluggish and a combination of low oil prices and Western sanctions have weighed on new investment.

There is no immediate prospect of the industry landscape changing, leaving INK as a throwback to the 1990s, when the state had a smaller role and enterprising businesses blossomed.


However, its experience suggests there are still opportunities in the sector for smaller, nimbler independent players, backed up by some international know-how and a dose of good luck.

INK is not subject to the U.S. sectoral sanctions that apply to Russia’s biggest energy firms and which place restrictions on the type of financing they can attract from Western creditors. INK’s minority shareholders include Goldman Sachs and the European Bank for Reconstruction and Development (EBRD).

Its crude production was 9 million tonnes last year, or 180,000 barrels per day (bpd) - small beer compared to the 230 million tonnes, or 4.6 million bpd, produced by Rosneft.

The company faces a series of obstacles that could put the brakes on its growth, including the increasing risk of being swallowed up by a larger rival, the need to invest huge amounts of money to build infrastructure in eastern Siberia and a lack of skilled staff in the remote region.

Producing oil in such a hostile environment is also challenging. Winter temperatures fall as low as 58 degrees Celsius below zero, and snow drifts reach 1.5 meters in height, according to INK workers.

When the snow melts in spring, rivers flood, cutting the oil workers off from the outside world and meaning they have to travel in and out by helicopter.

To reach reserves in the fledgling oil region, INK has to sink wells up to 5 km (3 miles) in depth, compared with 1-3 km in western Siberia which is more developed.

A global deal to curb oil production agreed by OPEC and Russia, which means INK will have to keep its output at 9 million tonnes until July, has come at an opportune time for the company, according to Dmitry Zotov, its head of oil production.

“The OPEC deal has given us a chance to stop and draw breath,” said Zotov, adding that INK was using the time “to touch up the paint here, do some repairs there”.

To help with exploring in such a difficult environment, INK said it had hired Don Walcott, an expert in oil production who has previously worked for Schlumberger and YUKOS, the Russian oil firm taken over by Rosneft.

INK does not have publicly-traded shares so there is no independent estimate of its value.

The company’s estimated value in 2013, when Goldman Sachs acquired its stake of slightly less than 4 percent, was $2.7 billion, according to a source familiar with the terms of that deal who declined to be identified as the information is confidential.

The estimated value of the firm now is at least $4 billion, Yuri Rubin, INK’s chief financial officer, told Reuters. He did not detail how that estimate was calculated.

Andrei Polishchuk, an analyst with Raiffeisen, said the $4 billion estimated was plausible. “The company has good production assets and their proximity to ESPO infers a premium on the company’s value compared to competitors,” he said.

Goldman Sachs did not respond to a request for comment on its investment. The EBRD, which owns a 1.6 percent stake in INK, said it was satisfied with its investment and had no plans to increase its holding.

The company started out in the oil-producing business in the late 1990s when its main shareholder, Nikolai Buinov, whose family had run a local fuel transport business, acquired three oil concessions from the local government. The previous owners had run into financial difficulties.

At the time, eastern Siberia had no infrastructure and was thousands of kilometers from markets. Oil majors were preoccupied with easier prospects elsewhere.

Luck played a part when the first wells found oil of an unusually high quality. Some of INK’s wells have a yellow-reddish color, a sign of low residue levels.

In 2011, INK’s fields were connected to the ESPO pipeline, where its crude mixes with other blends. INK now sells 300,000-400,000 tonnes of oil a month, or around half of its production, for export. The rest of its production goes to the local market.