Marina Sedykh: East Siberia is a great opportunity to build a career in the oil and gas industry

This message was announced by Marina Sedykh, General Director of JSC INK-Capital, within the framework of the 5th International Scientific and Practical Forum, "Oil Capital," in Surgut. Thanks to the launch of the gas chemical cluster, the region will need 2,000 specialists to work on a permanent basis. 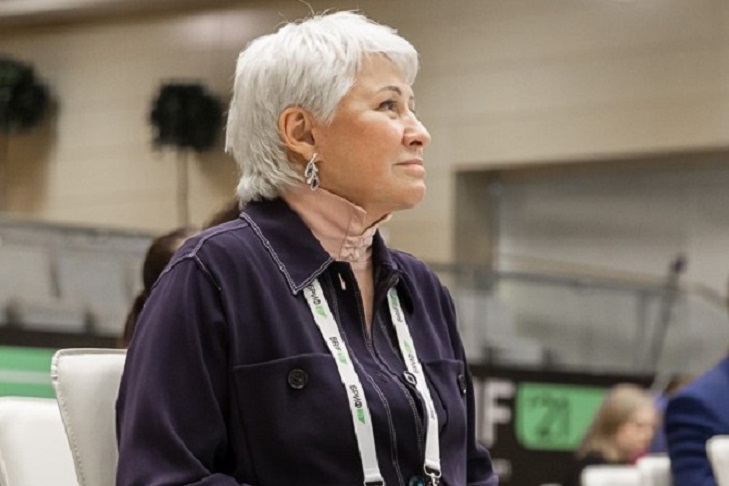 The company makes significant efforts to maximize the efficient use of produced hydrocarbons. For example, Irkutsk Oil Company is implementing the largest project in East Siberia - the creation of a gas chemical cluster in the north of the region, which aims to rationally use and monetize significant amounts of associated oil and natural gas.

During the plenary session on ESG, Marina Sedykh said that after the launch of Irkutsk Polymer Plant - the largest project of the gas chemical cluster - the company will need another 1,600 specialists that the company is inviting to work not only from Irkutsk region, but also from all over Siberia. "East Siberia is just beginning to develop. Everyone is welcome tocome and develop a new oil and gas province with us," said Marina Sedykh .

Marina Sedykh also reminded that Irkutsk Oil Company appreciated the importance of sustainable development long before the ESG strategy became a global trend. For example, in 2009 INK became the first and only company in Russia to re-inject associated gas into the reservoir, and the project is still evolving today. In 2021, for the first time in Russia, JSC INK-Capital issued sustainable bonds among oil and gas companies. The funds raised were used to refinance part of the costs of the cycling process project.

In the future, the company also plans to find an economically viable solution for the use of methane. INK is also considering a project to produce "blue" ammonia, which is called the "fuel of the future" because it does not emit greenhouse gases. The company is developing technologies to capture and dispose of CO2, which will also be injected into reservoirs to enhance oil recovery.

In addition, the company has developed a unique technology to extract lithium from reservoir brines. It is planned that in 2025 the inorganic chemistry plant will start operating, where, among other things, lithium carbonate production with 99.5% purity will be launched.

Irkutsk Oil Company not only follows its mission based on ESG principles - continuing previous projects and developing new ones - but also interacts with stakeholders in this direction.

“We are engaging our many contractors to “go green” as well. This applies to compliance with INK environmental, occupational safety and health requirements, and the implementation of a green procurement system. This way, for more than five years, we have been changing not only ourselves, but also our, so to speak, inner circle," said Marina Sedykh.

At present, INK and Irkutsk State University are planning to use the scientific resources of the university in joint ESG activities. These include the problems of greenhouse gases, stress testing of the population, aquatic biocenosis research, implementation of cyclic economy approaches, and research of human rights in the activities of industrial enterprises.

The company also implements educational and social projects in Irkutsk, Ust-Kut, Kirensk, and the Republic of Sakha (Yakutia). "Some of these are directly related to sustainability topics. This is a long-term and extensive project, and its constantly expanding," emphasized the general director.

In turn, the moderator of the plenary session, Kirill Molodtsov, the Deputy Minister of Energy of the Russian Federation, shared that he personally witnessed the shaping of Irkutsk Oil Company. "Believe me, these aren’t ordinary people working there; these are driven, passionate, dignified individualswho have created everything with from a blank slate. And if you bind your career with this company, you will have a success story no less than that of large, corporate companies," Mr. Molodtsov stated.