Marina Sedykh, General Director of INK-Capital JSC spoke at the Eurasian Forum at the session “Women Protecting the Planet: Building our Future”. The event took place in Saint-Petersburg on 13–15 of October. 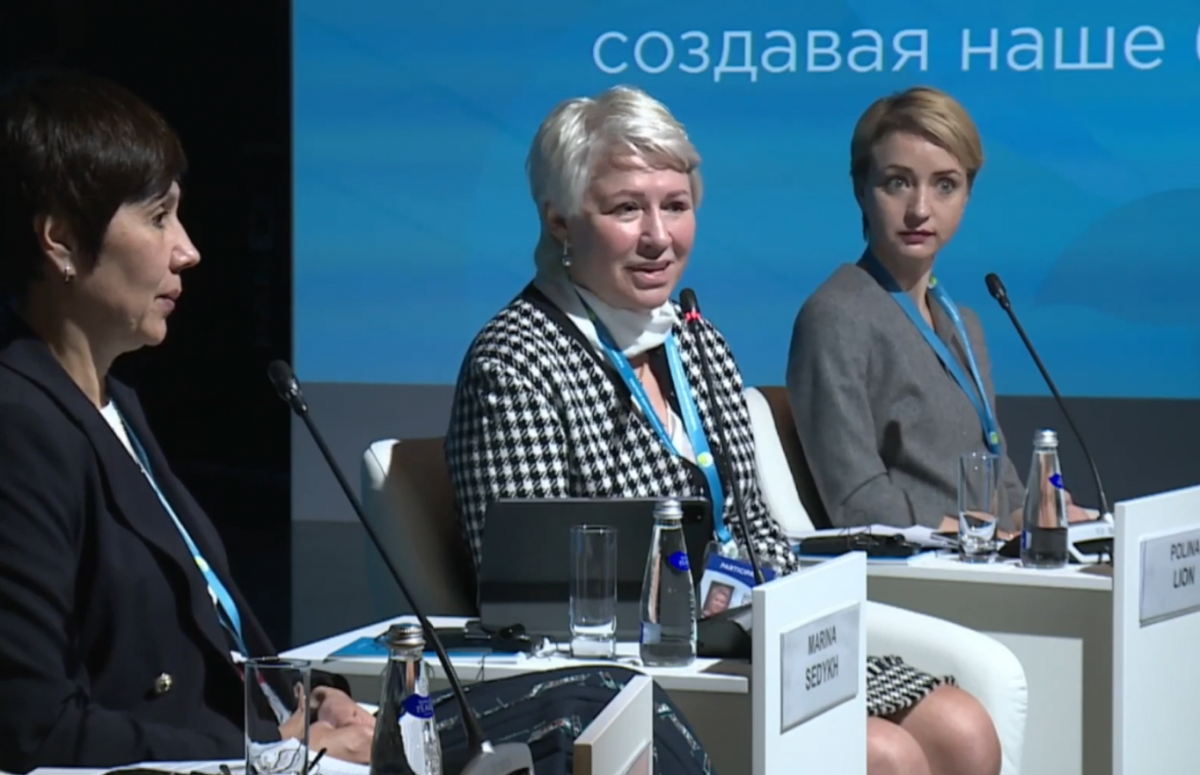 During her speech at the forum Marina Sedykh said: “A decision was made by the management of Irkutsk Oil Company to adopt ESG as a principle, many years ago. The company was involved in sustainable development long before the UN set up the 17 Sustainable Development Goals in 2015.”

“It was in 2008, when European bank for Reconstruction and Development (EBRD) joined the list of the company shareholders. In 2009, we launched our gas cycling process — re-injection of the gas with the stripping of liquids. EBRD provided us with a targeted loan for these purposes. We were able to build compressors for injection of associated gas into the reservoir. We were the first ones in Russia to implement this particular technology.”

The company received a number of awards for implementation of the gas cycling process, including the award from EBRD. In 2013, Irkutsk Oil Company implemented the integrated management system in the field of occupational health, safety, and environment which is audited onan annual basis. Mrs. Sedykh remarked that a common stereotype exists: a mining industry cannot be “green.” As a matter of fact, oil producing companies do understand how much damage they can inflict and this is why they are at the forefront of all the leading-edge technologies to ensure what they do doesn’t harm the environment.

The Eurasian Women’s Forum, regularly held in Russia since 2015, became the largest international platform uniting female leaders from all continents. The main subjects for discussion are the roles of women in the modern world, and the development of new approaches to solve global problems.