On December 16 in Tokyo, during the visit of President of the Russian Federation Vladimir Putin, Japan Oil, Gas and Metals National Corporation (JOGMEC, President Keisuke Kuroki) and Irkutsk Oil Company (INK, Chairman of the Board of Directors Nikolay Buynov) signed a Memorandum of Understanding to negotiate on future joint exploration project. 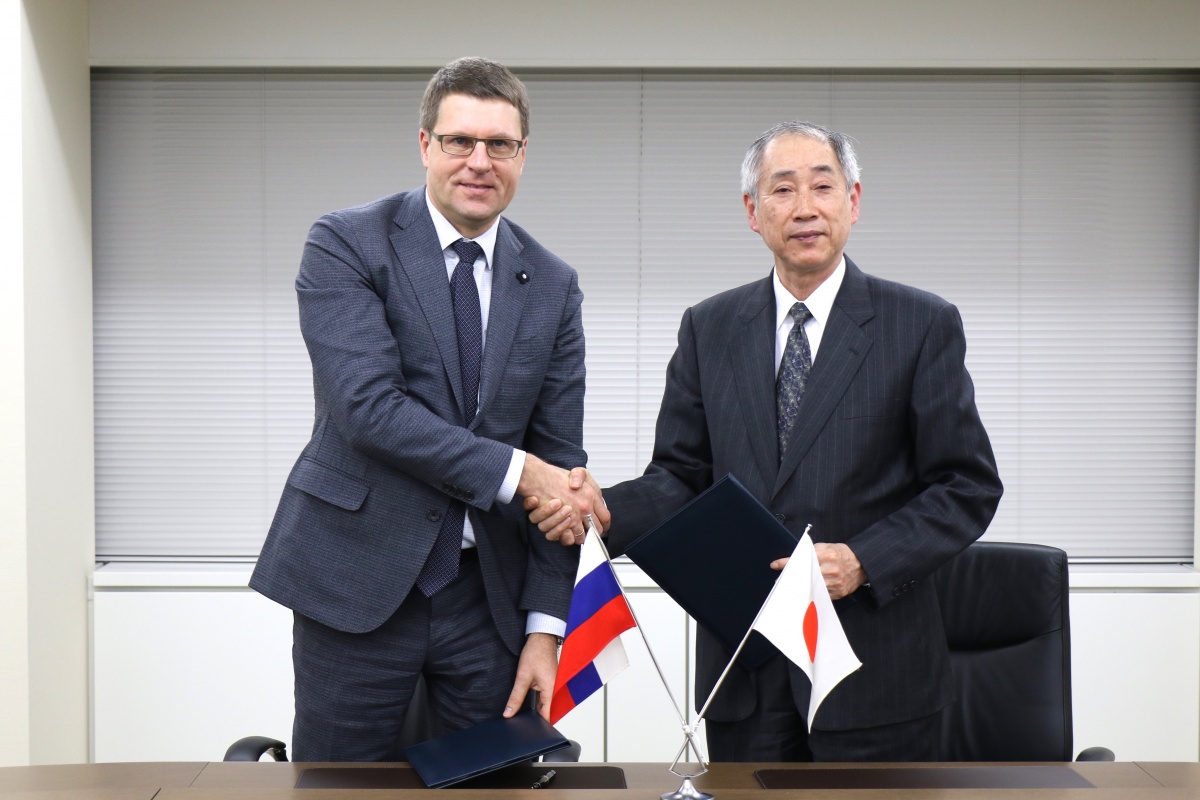 Based upon the two initiatives between the leaders of Japan and Russia, namely "Japan-Russia Action Plan" launched in 2003 and the "Initiative for Strengthening Japan-Russia Cooperation in the Far East and East Siberia" launched in 2007, JOGMEC and INK started the joint geological survey program in the region of East Siberia, Russia, through two Joint Ventures (JV) established for this purpose in 2007 and 2009 respectively.

For the past nine years, both JVs have carried out a large volume of exploration works and discovered four oil and gas fields: B.Sinyavsky oil field, Ichyodinskoye and Bolshetirskoye oil fields, Tokminskoye oil and gas field. Following the successful achievement of the program, JOGMEC invited Japanese private companies to join one of the JVs in 2013, and now it is run as a joint project between private companies in Japan and Russia, to which JOGMEC still provides strong support in financial and technical aspects. The JV is currently applying to the Russian authorities for the transition to the production phase of the most promising field – Ichyodinskoye oil field, which is expected to produce about 1 million tons of oil in 2016 and 1.3 million tons of oil in 2017. We expect that we could get approval for entering into the production phase by the end of 2016. The project is recognized as an excellent example of active cooperation between Japan and Russia.

JOGMEC and INK intend to further develop the cooperative relationship cultivated through past and present joint projects and agreed to start negotiations on the establishment of a new joint project in the region of East Siberia, where significant potential for hydrocarbon is expected. JOGMEC and INK expect that this MOU will open a new page in their history of cooperation and contribute to further development of East Siberian oil and gas fields and stable energy supply to Japan.

Photo: Mr. Nikolay Buynov (left), Chairman of the Board of Directors of INK, Mr. Keisuke Kuroki (right), President of JOGMEC

・Chairman of the Board of Directors: Mr. Nikolay Buynov

INK holds a group of companies (INK Group) conducting geological study, exploration and production of hydrocarbons in 23 license blocks in East Siberia including Irkutsk region and Yakutia (Republic of Sakha). The Group has a record of four shareholders – the European Bank for Reconstruction and Development, Goldman Sachs International, and two Russian entities owned by the Group’s managers.

INK Group is a private organization which employs more than 5,700 people and has in-house drilling and work-over units.

Since its foundation in 2000 the INK Group has been demonstrating extraordinary results, such as the 250 times increase of oil production. As of today, the Group’s cumulative production is more than 24 million tons of oil and gas condensate and current monthly production exceeds 700,000 tons.