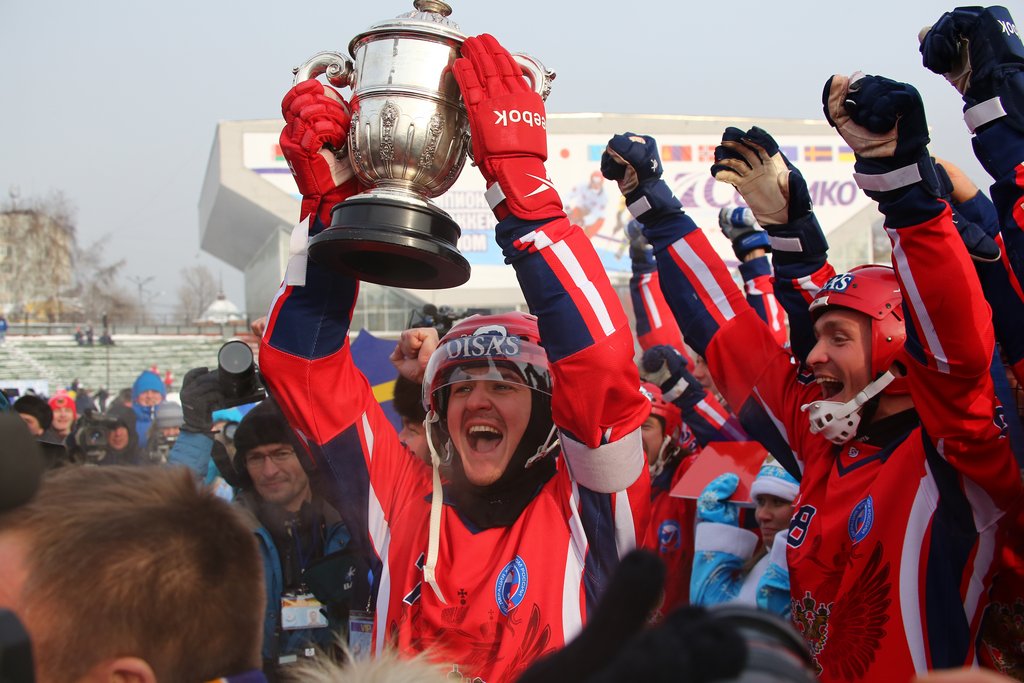 Last year, the management of Irkutsk Oil Company decided to support an important sport event in the busy life of Irkutsk; INK had officially become the proud partner and sponsor of the annual Bandy World Championships. Bandy, the extremely popular alternative to ice hockey, captivates thousands of devotees who go as far as enduring the merciless cold of Siberia in order to cheer on their team. This time, the locals acted no different. Through the entire week, during which the Championship commenced, the dignified flags of INK swayed along the crowds of the stadium. Dozens of partnering companies, similarly avid fans of Bandy, received the unique opportunity to witness the entirety of the games of the Series. The businessmen, no different than the average admirer, actively expressed their support from the stands, with the enthusiasm only increasing when the board would announce the home team on the field, the “Baikal-Energia”.

The final match between the traditional rivals, Russia and Sweden, took place on February 2nd. Despite the -23º weather the main sport arena, known as Stadium “Trud”, was filled to its maximum capacity. Both commentators and fans colloquially agreed that this was the most intense match yet. Uncompromisingly, the battle was fought until its very last seconds as our team demonstrated the best play, attacking and counter-attacking the unsuccessful Swedes. After the long game, the victorious team thanked its 15,000 fans for their support. As said by the head coach of Russian team, Mikhail Yuriev, “the support from the fans was astonishing; they were literally the 12th player.”

It is also fair to note that the XXXIV Bandy World Championships for Mens sports set a new record; 17 varied teams participated in the tournament, making this championship the biggest yet. The contestants were spilt into two groups as eight teams belonged to group A while nine teams were under group B. With only four stadiums to spare, Irkutsk and Shelehov managed to play off a whopping 51 matches in total.