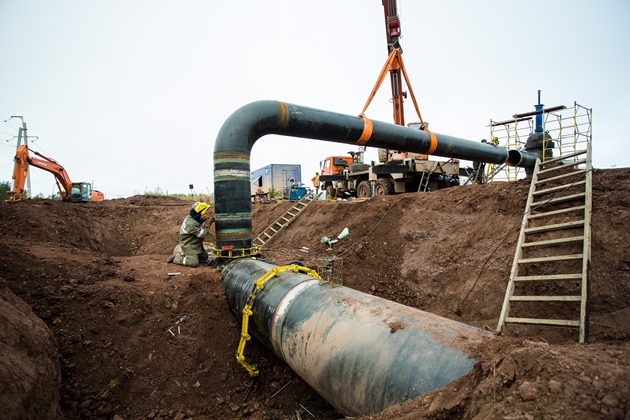 The previous old pipeline, tied-in to ESPO in 2011, had a pipe diameter of 377 millimeters, which significantly constrained any future growth of production. However, the new pipe boasts a diameter of 720 millimeters, enabling the company to transport up to 14 million tons of crude oil in a single year.

In the second half of 2014, following the expansion spirit, a project, dedicated to increasing the capacity of the Markovsky’s uploading facility from 4.5 million tons to 7 million tons, was launched. Designed by the Russian Institute “Techno-Project Sintez," the modernized facility will feature three additional storages, each 20,000 cubic meters, along with improved elements such sieves, pumps, a power supply system, an advanced control system, and other contemporary facilities.

Within the last four years, Irkutsk Oil has boosted its per day production by 630%, and, just in the last year, produced 4.1 million tons of oil and condensate. In 2015, INK plans to produce approximately 5.6 million tons of crude oil.

The entirety of INK’s oil production is processed at a modern oil treatment facility at Yaraktinsky field, where processing meets the highest quality standards. After its processed, the oil is then transferred to the Markovsky uploading facility connected with the ESPO pipeline.