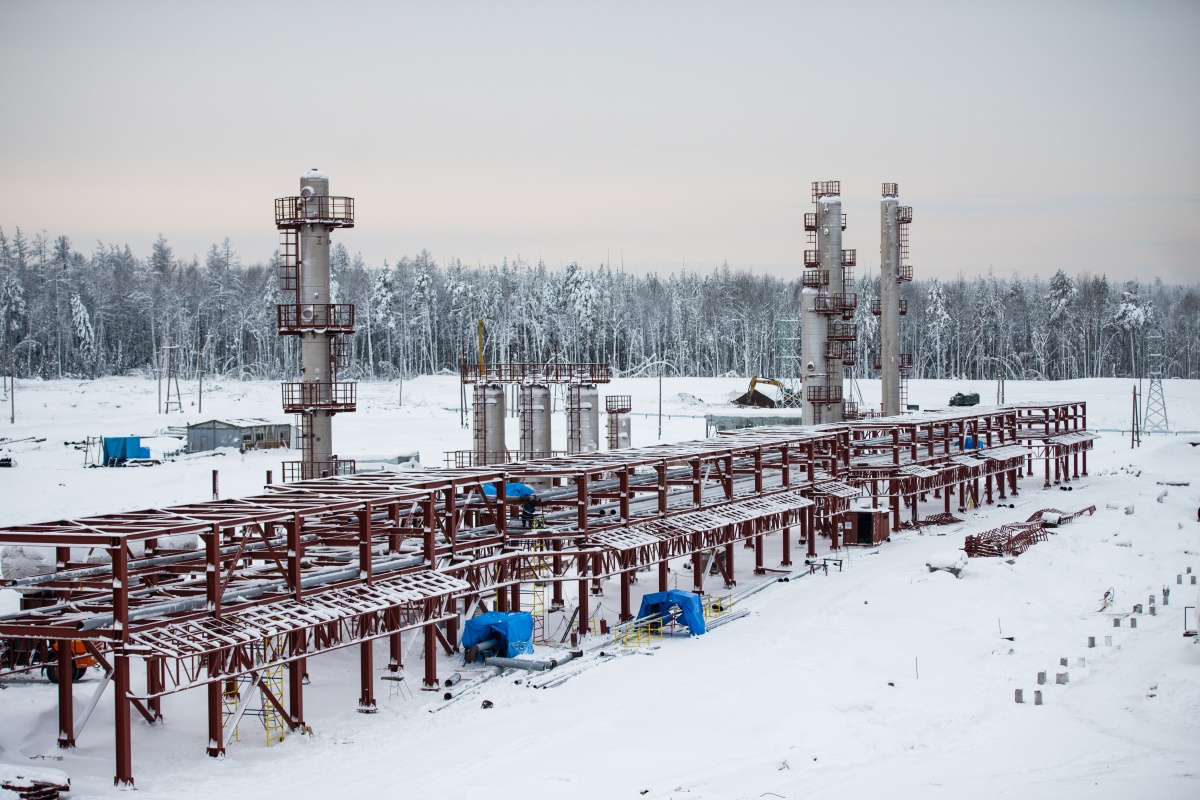 So far, most pipes, equipment, and materials have been purchased and transported to the construction site. The budget for gas processing facility in 2015 exceeds 10 billion rubles.

In the recent commission for developing Baikal’s Energy and Industrial Zone chaired by the Governor of the Irkutsk region Mr. Sergey Eroschenko, Irkutsk Oil’s CEO Mrs. Marina Sedykh announced that the first stage of gas project “will be completed in September-October 2015”. Hence, INK may begin delivery of propane-butane mixture (LPG) to consumers in the fourth quarter of 2015. In the first year LPG annual production is expected to reach 160 thousand tons. The remaining components -- methane and ethane (dry gas) -- will be re-injected into a reservoir. Irkutsk Oil’s CEO stated that the company could supply dry gas to the residential market of Ust’-Kut starting 2017 if the demand in Ust’-Kut and vicinities reaches 100 million nm³/year. However, according to INK’s estimates, the residential gas consumption in 2017 will be shy of 33 million nm³/year. The unfulfilled demand could only be boosted by the Lenskaya gas power plant when its operations begin. This marks the general trend of Irkutsk Oils expert’s proposals to start the use propane-butane mix. Hopefully gradual switching from coal to gas for power will help to pick up demand while using more environmental friendly fossil energy.

Mrs. Marina Sedykh noted that the second and third stages of gas project are dependent on the infrastructure development of the north Irkutsk region, including the bottleneck of railway station “Lena East” (the central railroad station for city of Ust’-Kut). According to INK’s calculations, the railroad traffic of “Lena East” could increase to 3 million tons per year to meet the growing demand for shipping goods.