Irkutsk Oil Company discussed the program of cooperation with representatives of the Association of Indigenous Minorities of Northern and Eastern Siberia. 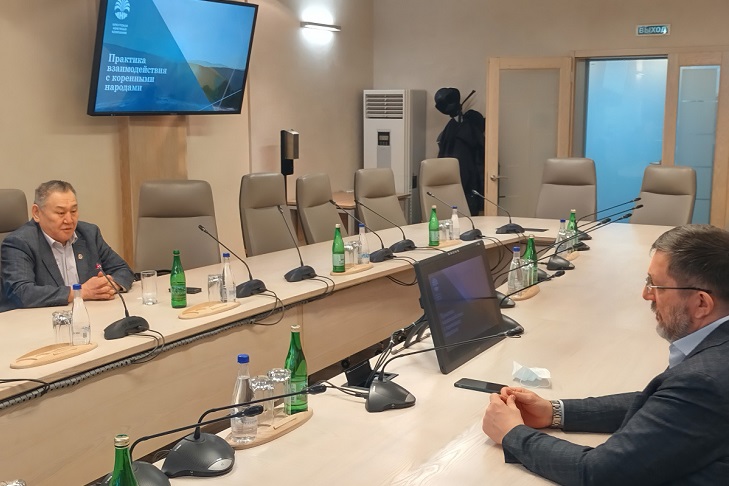 Cooperation issues were discussed at a meeting chaired by Evgeniy Milov, INK’s Managing Director for Legal Work and Regional Policy and INK’s Board member.

In January, Irkutsk Oil Company approved the program for preserving the traditional way of life of the indigenous minorities of the North in the territories of the company's presence for 2022-2026. The program provides funding for the development of reindeer herding, traditional artisanship, preservation of their native land, and the culture of indigenous minorities.

At the meeting, Artur Gaiulski, vice president of the Association of Indigenous People of the North and the Far East in the Siberian Federal District, as well as, chairman of the Union of Russian Evenks, spoke about the organization of the Great Souglan of the Evenks of Russia (Tunguska Congress) in Irkutsk region. The event will be held in the framework of the ‘Year of Cultural Heritage of the Peoples of Russia.’

The congress will be held July 29-31 at Lake Baikal. The program includes a business part – conferences, round tables in support of traditional economic activities of the indigenous peoples, as well as, a number of cultural events. Nine regions of the Russian Federation will be invited to participate, in addition to representatives form Mongolia and China. Particular attention will be paid to the preservation and development of the languages of indigenous minorities.

“Irkutsk Oil Company was one of the first in Siberia to begin cooperating with indigenous people and to adhere to the principles of sustainable development. We highly appreciate this good neighborly attitude and invite INK to become one of the partners of the Tunguska Congress at Lake Baikal,” said Artur Gaiulski.

Also, at the meeting the parties discussed the upcoming events to be held with the support of INK and the prospects for the Katanga district to join the Arctic zone ,and the special conditions for economic activity in this territory.

“Building effective interaction with representatives of indigenous minorities has been underway at INK since 2008. The company provides assistance directly to the communities and always promptly responds to their appeals, and this kind of support will continue in the future,” said Evgeniy Milov.

Irkutsk Oil Company (INK) is one of the largest independent producers of hydrocarbons in Russia. The company was established in 2000 and is engaged in prospecting, exploration and development of 52 license blocks in Irkutsk region, Krasnoyarsk region and the Republic of Sakha (Yakutia). INK's largest investment project is the gas chemical cluster, which INK is implementing in Ust-Kut. It includes gas production, treatment, transportation, and processing facilities, two helium plants, and Irkutsk Polymer Plant.