JSC INK-Capital has identified the winners of the contest for the best projects for development of the North of the Irkutsk Region. Three winning projects were selected on the Youth Day of the sixth International Baikal Risk Forum (IBRF). 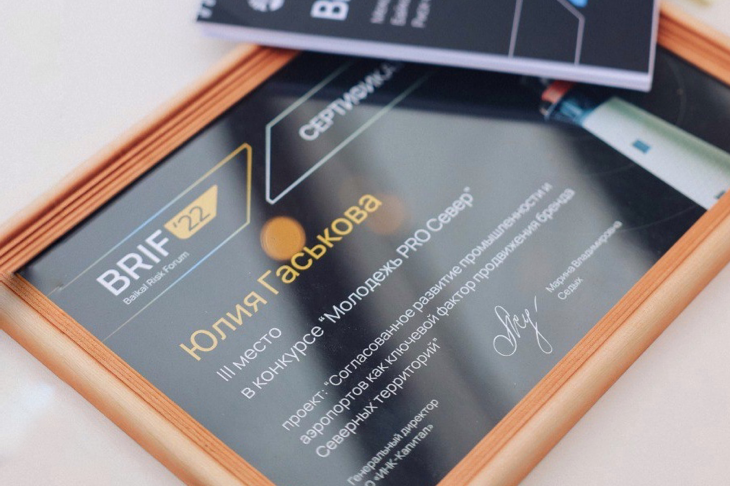 Olga Prokopyeva appeared as the runner-up with her project “The Land of the Future: Youth Spirit of Siberia”. The initiative addresses development of the North, by analyzing the existing problems and focusing on projects that do not need large spending, to draw young professionals in Ust-Kut.

Yulia Gaskova’s project “Harmonized Development of Industry and the Airport as a Key Factor in the Development of the North” won the third prize in the contest. The case raised the issue of infrastructure limitations related to flight connectivity affecting safety and quality of air traffic. This is also one of the reasons inhibiting development of municipalities, industry, and tourism, which keeps the appeal of the North low in the eyes of residents and fly-in-fly-out workers. The project’s road map specifies concrete measures to be undertaken by partners, with Ust-Kut airport as an example, to improve air communications at all stages – from planning to implementation.

The contest was held from July 29 to August 31, 2022, welcoming participants aged 18-35. The task was to present projects for developing and promoting the image of the Northern areas – the Ust-Kut, Kirensky, Katangsky, and Nizhneilimsky districts in a 5-year perspective, which would facilitate bringing and retaining young professionals in the area. In 2022, the jury consisting of INK Group top-managers and public opinion leaders reviewed 13 cases. The “PRO North” contest is expected to become one of the traditions of the International Baikal Risk Forum.