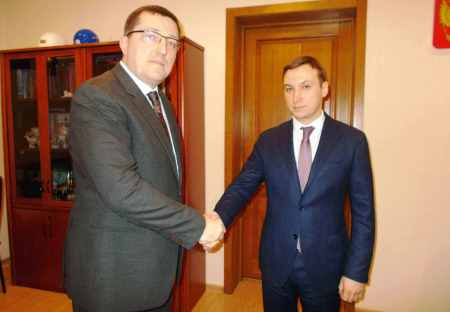 The Republic’s government officials noted that during its short time of operating in the area, the company has already proven itself as a reliable and responsible subsoil user. As of now, the Irkutsk Oil Company has purchased five license areas in Yakutia and has successfully begun to explore hydrocarbons there. It is fair to note that the company has successfully executedall cooperation commitments and agreements signed by it in 2013 and 2014. The parties agreed to discuss possible social and economic cooperation between the Government of the Republic of Sakha (Yakutia) and Irkutsk Oil Company. The company will also consider the possibility of providing crude oil for the region’s communal services during the navigational period of 2015 through ESPO pipeline’s oil station in Olekminsk. Furthermore, the company plans to delegate a permanent representative in the Republic of Sakha (Yakutia) to improve further collaboration. Photo: Evgeniy Milov and Pavel Marinychev.