Natalia Komarova, Governor of Khanty-Mansiysk Autonomous District, and Marina Sedykh, General Director of INK-Capital (the holding structure of Irkutsk Oil Company) took part in a working meeting held in Khanty-Mansiysk. The parties discussed issues of sustainable development in the field of carbon neutrality, the possibility of using successful practices of the region. 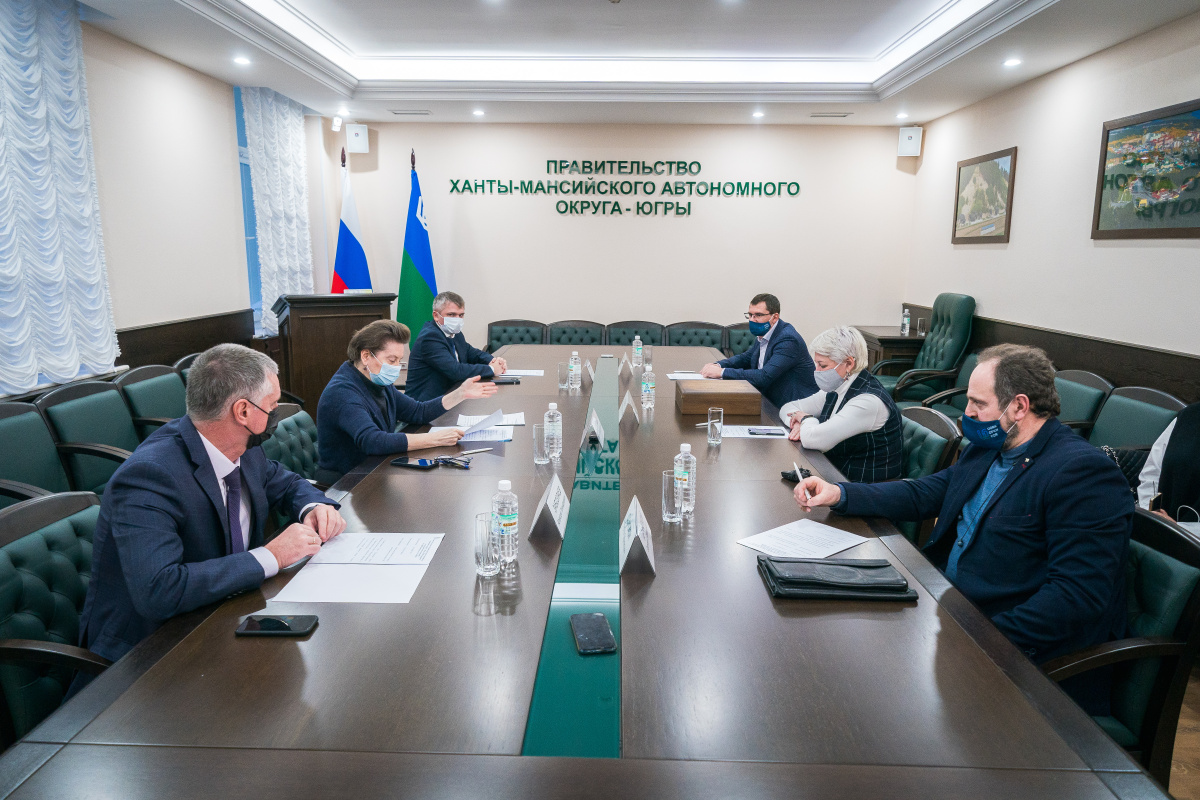 “At present, the oil industry is faced with the challenges of proactive implementation of digital solutions, the search for domestic technologies to develop deposits of unconventional oil and gas reserves, large-scale application of modern methods to maintain and increase oil recovery, and reduce the carbon footprint,” Natalia Komarova, stressed.

The federal project, “Technologies for the Development of Unconventional Reserves of Hydrocarbons,” is being implemented in the Khanty-Mansiysk Autonomous District with the support of the Russian Ministry of Energy. The project created a research center that provides services available to all oil companies in the country. In addition, since 2009 a “carbon polygon” has been operating in the district on the basis of the “Mukhrino” field station of Yugorsk State University, where carbon absorption by ecosystems is monitored. This allows researchers to work on technologies aimed at creating the most accurate methodology of accounting for greenhouse gas emissions and absorption, reducing their emissions, as well as, helping verify the results of such assessments.

In addition, a work is underway to create an international center for the evaluation and verification of carbon units, the conditions for engaging entities of the region in the system of trading in greenhouse gas emission credits.

“When implementing carbon footprint reduction projects, insufficient attention is paid to the CO2 absorption capabilities of natural ecosystems such as wetlands. On the one hand, technologies that reduce gas production must be applied here; while on the other hand, we need to account for the capacity of some natural ecosystems to absorb CO2,, which help reduce the negative impact,” added the head of the region.

Khanty-Mansiysk Autonomous District is one of the largest oil and gas provinces of Russia. At present, Irkutsk Oil Company is in the process of defining its sustainable development strategy. “That is why the company turned to the territories where considerable experience knowledge has been gained, and in particular, to the Khanty-Mansiysk Autonomous District. Sustainability issues cannot be solved in a single company or a single region. They are solved by joint efforts, by working together,” said Marina Sedykh.

She also noted that Irkutsk Oil Company was the first to develop the East Siberian oil and gas province. In addition to operating in the Irkutsk region, the company conducts exploration and production activity in the Krasnoyarsk region and the Republic of Sakha (Yakutia). The company pays strong attention to environmental issues and occupational safety. The practices and competencies developed in Yugra are of significant interest to OOO Irkutsk Oil Company.

The governor of Yugra, in turn, emphasized that the implementation of projects aimed at improving the resource economy and movement towards sustainable development requires joint efforts of business, government, and science to share know-how among companies and regions. The result of the meeting was the willingness of the parties to cooperate in the “green” transformation of the country’s oil and gas industry, and to share the industry’s best practices.

The delegation of the Irkutsk Oil Company also visited the production control center of Gazpromneft-Khantos, LLC and a storage facility of the Shpilman Research and Analytical Centre for the Rational Use of Subsoil Resources.

Irkutsk Oil Company is one of the largest independent producers of hydrocarbons in Russia. The company was established in 2000 and is engaged in prospecting, exploration and development of 52 license blocks in Irkutsk region, the Krasnoyarsk region and the Republic of Sakha (Yakutia). Company’s largest investment project is the gas chemical cluster, which includes gas production, preparation, transportation and processing facilities, two helium plants and Irkutsk Polymer Plant. The total number of employees is more than 10 thousand people.