The head of the Federal Air Transport Agency, Aleksandr Neradko, and Nikolai Buinov, founder and Chairman of the Board of Directors of OOO “Irkutsk Oil Company”, toured the construction site of the Irkutsk Polymer Plant in Ust-Kut. The head of the federal agency assessed the scale of construction and the company's contribution to the development of the region. 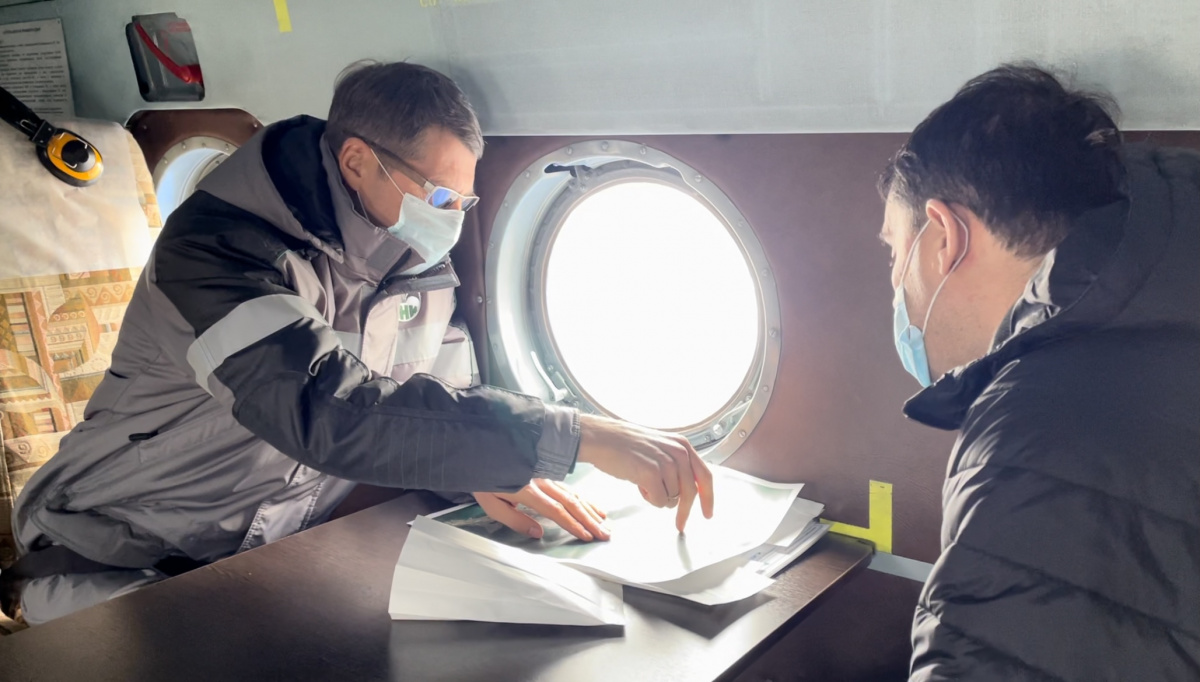 Elena Vaulina, the Director of the Irkutsk Polymer Plant, said foundation work is underway at the site. International companies Toyo Engineering (Japan), Axens (France), and Gemont (Turkey) have been hired to work on the project.

“For the construction of the plant, we purchased equipment that meets stringent international environmental requirements. It was manufactured in South Korea, Japan, and China,” Vaulina said. The primary equipment was delivered to the site last year from South Korea via the Northern Sea Route and Lena River. The route was 12,000 km long.

The plant will have a capacity of 650 thousand tons of saleable products a year. It will be provided with in-house raw materials. Commissioning is scheduled for 2024. A total of 1500 new jobs will be created. The company will build a new housing estate in Ust-Kut for the plant’s employees. The regional GDP will grow by 3–4 %, thanks to the Irkutsk Polymer Plant.

OOO “Irkutsk Oil Company” Board Chairman Nikolai Buinov said the company has been operating for twenty years. “When the company was established, the volume of recoverable reserves was 11 million tons. Today, we are producing about 9 million tons a year (under the terms of the OPEC+ deal). The volume of reserves increased due to our own exploration work. We did not resort to Soviet reserves or ready-made infrastructure. Everything was built from scratch. About 400 billion rubles was invested,” Buinov said.

The company is also building six large manufacturing facilities (Irkutsk Polymer Plant, a helium plant at the Yaraktinskoe field, the Ust-Kut gas processing plant, three gas treatment units at the Yaraktinskoe and Markovskoe fields). The manufacturing and infrastructure facilities will subsequently become part of a single system — from gas extraction and processing to the finished products. The investment program is valued at half a trillion rubles of private funds.

“Thanks to the management of Irkutsk Oil Company, we were able to tour the existing facilities and the construction of new facilities. Shareholders are lavishly bankrolling the expansion of production while ensuring a comfortable life for their staff and residents of Ust-Kut. They are providing assistance in education and health care. This distinguishes the company as socially responsible,” said Neradko.

During the visit, the parties also discussed the Ust-Kut Airport. “Of course, the airport terminal is stagnating, and this frustrates the arriving passengers,” Neradko said. He said a roadmap has been drawn up to solve this problem.

“OOO “Irkutsk Oil Company” is implementing a world-class project in Ust-Kut. People from all over the world come here, and we want the transport infrastructure to be up to standard. This is primarily needed by local residents, workers, and arriving passengers. The infrastructure here is from the 70s, which suits nobody. We hope the issue will get off the ground,” Buinov said.

The Chairman thanked Aleksandr Neradko and the delegation of the Federal Air Transport Agency for the visit to the construction site and their attention to challenges facing the Ust-Kut Airport.