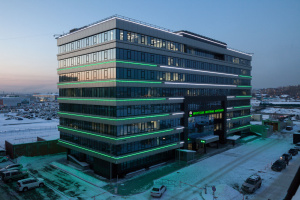 On December 30, 2021, the Moscow Exchange included the debut issue of the transition bonds of JSC INK-Capital (the holding company of OOO Irkutsk Oil Company) in the segment of national and adaptation projects of the sustainable development sector. Thus, the first adaptation bonds in the history of the Russian stock market also became the first to be included in the relevant segment of the exchange.

JSC INK-Capital (the holding company of INK) placed its adaptation bonds on the Moscow Stock Exchange on December 17, 2021. The INK-Capital’s adaptation bonds are the first in the Russian stock market history. The issuance is regulated by the Resolution of the Government of the RF #1578 dated September 21, 2021. The funds raised will be used to partially reimburse the costs of the associated gas re-injection (the cycling process) project, which has been underway since 2010. The implementation of this project has resulted in the reduction of greenhouse gas emissions.