Irkutsk Oil Company and Japan Oil, Gas and Metals National Corporation (JOGMEC) celebrated the anniversary of cooperation in Moscow and at production facilities of the company in Irkutsk region.  The grand ceremony dedicated to the history and future of the project was held in Moscow, and only a few days later, delegations of both companies went on a working trip to Ichyodinsky and Yaraktinsky fields. 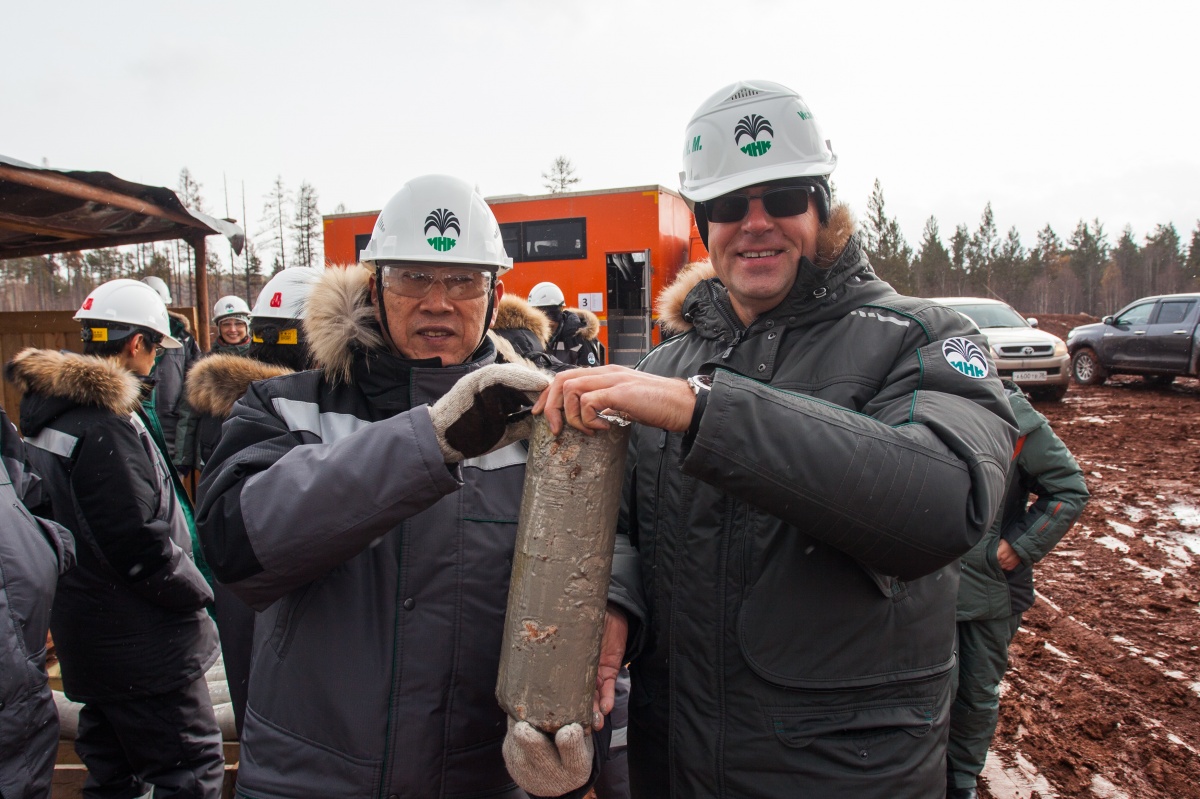 Founders and top managers of INK Nikolay Buynov and Marina Sedykh, managers of the company's divisions involved in the joint project, were officially congratulated on the anniversary by high-ranked representatives of federal and regional state authorities in Moscow on October 5.

The Minister of Natural Resources and Ecology of the RF Sergei Donskoi mentioned that he has been familiar with the project of the Russian and the Japanese company for many years, and he has been following the cooperation project with great satisfaction. He wished the two companies "to celebrate the next anniversary here in Moscow, but in a yet wider circle of investors and yet higher results".

The official congratulation on behalf of the Ministry of Energy of Russia Alexander Novak was presented by his Deputy Kirill Molodtsov.  The Minister thanked management and the entire team of Irkutsk Oil Company and JOGMEC, and remarked that "the activity, which you dedicate so much enthusiasm and professionalism to, means a lot for the development of our countries and flourishing of our nations".

On behalf of Irkutsk region, INK and its team were congratulated by the Speaker of the Legislative Assembly Sergei Brilka and Deputy Chairman of the Region's Government Evgenii Balashov.

Sergei Brilka mentioned that the "ten years period of fruitful cooperation between INK and JOGMEC has become the best living proof than dedicated companies, which are prepared to struggle with difficulties uphold their principles, will truly succeed".  In his words, "joint activity of the companies has made a considerable contribution to the improvement of mineral resources base and the development of petroleum industry of Irkutsk region and the entire Russia".

In his congratulation address, the Governor of Irkutsk region Sergei Levchenko also noted that establishing INK "became a powerful impetus to the development of petroleum industry of the region", and he wished the partners "new levels of professional success".

On October 7, top officials of the largest Japanese companies - JOGMEC, ITOCHU, INPEX and METI - the Ministry of Economy, Trade and Industry of Japan, and top management of INK visited Ichyodinsky and Yaraktinsky fields of the company.

INK partners observed the Oil Treatment Unit at Ichyodinsky field and visited the well pad where a production well is being drilled.  Guests were able to examine core (rock) samples, including core from pay horizon.

A meeting was held based on the visit's result, where INK management presented the summary of work over the period of joint project of JSC "INK-Zapad" and shared future plans.  According to Chief Geologist of INK Sergei Zimin, active development of Ichyodinsky field's central block and further exploration of its northern deposit are underway.  Exploration is also ongoing at yet another field of JSC "INK-Zapad" – Bolshetirsky license block. These include active laboratory testing of raw materials to enable choice of process for construction of an oil treatment unit.

In 3Q 2017, INK and JOGMEC announced the start of yet another joint project - JSC "INK-Krasnoyarsk", which will engage in exploration work in five license blocks in Krasnoyarsk region.  Geodetic works will start in these blocks during the winter field season of 2017-2018.  Choice of locations for prospecting wells and 3D seismic are planned for 2018.