OOO “Irkutsk Oil Company” completed a large-scale operation to deliver the process equipment from the South Korea to the construction site of Irkutsk Polymer Plant in Ust-Kut. 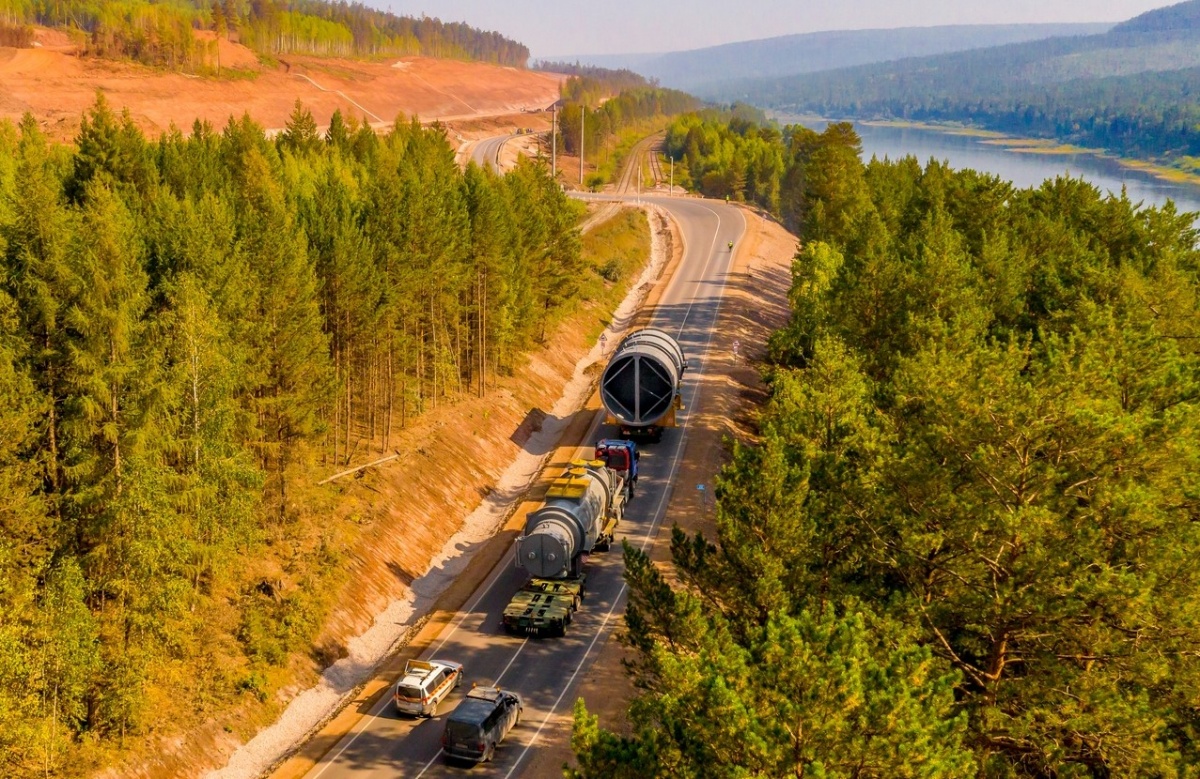 This is the largest-scale logistic project over the modern regional history concerning the delivery of heavy equipment.

The equipment designed for Irkutsk Polymer Plant was manufactured by global leaders in the process equipment production for petrochemical industry in Japan, Korea, and China.

The complicated logistic operation took about three months. Late in June, 45 units of the equipment weighing 4,500 tons in total were loaded on two dedicated reinforced ice-class vessels at the South-Korean seaport of Masan. During three weeks, the vessels covered a distance 8.5 thousand km, which part was through the Northern Sea Route to the Arctic Port of Tiksi. Throughout the route segment, the vessels were escorted by Atomflot ice-breakers.

On the high seas, the heavy cargos were transshipped during six days from the two seagoing vessels onto nine barges for transportation on the River of Lena. For the equipment unloading purposes, Irkutsk Oil Company built a berth in Ust-Kut, where two special cranes of 750 ton capacity each were installed.

Late in August, the first barge arrived at Ust-Kut. The total distance of the route achieved 12,000 km.

During three weeks, the equipment was unloaded and transported to the polymer plant construction site. To deliver the large-sized equipment, OOO “Irkutsk Oil Company” conditioned a 1.5 km segment of the Viluy Federal Motor Road and built seven km of an interfacility road. Transportation of the equipment to the plant construction site was undertaken by means of specialist self-propelled modular carrier vehicles.

The largest equipment units, i.e. a deethanizer (81.9 m long and weighing 357 tons) and an ethylene polymerization reactor (44.5 m, 597 tons) were reloaded on the berth and delivered to the storage site as soon as late in August. The last large-sized equipment, a demethanizer column (48 m long, weighing 64 tons) and a return gas cooler of the polyethylene unit (27 meters, 217 tons) were transported to the site late in the past week.

Arrangements for storage of the equipment are in progress just at the site. The start in erection work at the plant under construction is scheduled for 2021.

The delivery, shipment, and transportation of the equipment involved such companies as Toyo Engineering (Japan), Mammoet (The Netherlands), Deugro (Germany), Inland Navigation Company of Lena and Kin-Mark (Russia).

“We had been preparing for the complex logistic operation since 2016. We had worked out all the minor nuances with our partners in transportation by sea and river, both Atomflot and United Inland Navigation Company of Lena, starting from the freight-carrying capacity of vessels and ending in the weather conditions. Adjustments were made by the COVID-19 pandemic situation and the related limitations on the international shipping arrangements. Owing to the concerted actions by our partners and the coordination by TOYO, we met the schedule and delivered the equipment to the polymer plant construction site in time. All the operation parties worked as a single mechanism, we thank our partners”, — as Mr. Mikhail Larin, Deputy Managing Director of OOO “Irkutsk Oil Company” for Procurement, Transport Logistics, and Warehousing, noted.

The construction of Irkutsk Polymer Plant is carried out by OOO “Irkutsk Oil Company” under the staged implementation of a wide-scale gas project including the development of a natural and associated petroleum gas production, treatment, transportation, and processing system at their own fields. The producing capacity of the plant will be 650 thousand tons of saleable product per year. Polymers are used in automobile and aircraft manufacturing, space industry, medicine, consumer goods industry. The Irkutsk Polymer Plant will be similar to the modern plants across the world. 1,500 New Jobs will be created.