The INK Group possess vast resources of natural gas at its fields and license blocks. Once discovering significant gas sources, INK put monetizing of these assets in a focus of its long-term development strategy.

It was Irkutsk Oil Company which pioneered gas cycling process in Russia with simultaneous recovery of valuable heavy components of gas. The project was successfully launched at the Yaraktinsky field in East Siberia in 2010. Few years later associated petroleum gas was also injected into the formation during the gas cycling process.

The project was unique by introduction of practice when gas components are produced while there is no gas distribution or processing infrastructure in place. This process, gas reinjection, proved to be feasible, but most importantly it reduced the gas flaring of associated petroleum gas to the technical minimum, greatly diminishing environmental footprint.

The project initiated an unprecedented full-scale gas development strategy that led to the monetization and recovery of all components of gas through various gas processing technologies. The plan further progressed in 2014 with the construction of gas treatment and processing facilities. The next step forward for this project will be the construction of the Irkutsk Polymer Plant, being built near the city of Ust-Kut (north of the Irkutsk region), which will produce high value-added polyethylene products.

The break down for Gas project is divided into four stages:

During those eight years, we focused on the development of the gas cap of Yaraktinsky field and the processing of associated petroleum gas from oil wells. The following major facilities have been built: • 3.6 MM m³/year Gas Processing Plant (GPP) • 193 km pipeline connecting Yaraktinsky field and Markovsky fields within the city of Ust-Kut • LPG Uploading Facility. The first stage was officially completed in late 2018, and all of the listed facilities were put into operation. The Gas Processing Plant (GPP), produces both propane and butane (LPG) and stable gas condensate. Until the later stages are completed, INK will feed gas condensate to the East Siberia – Pacific Ocean (ESPO) pipeline, mixing it with crude oil, while dry gas (mostly methane and ethane), produced by GPP, will be pumped back into the ground. A mixture of propane and butane is transported through a multiphase pipeline from Yaraktinsky field to the LPG uploading facility in Ust-Kut. The annual production of LPG as of today exceeds 200 kta and is marketed both in Russia, and internationally. Irkutsk Oil Company also ships LPG by train and motor vehicle locally, as well as, to the regions of Western Siberia, Central Russia, Mongolia, and Poland.

During the second stage, which started in 2017, we continue to build three additional Gas Processing Plants (GPP), each possessing a capacity of 6 MM m³/day. Two of them will be located at the Yaraktinsky field and the other one at Markovsky field. The overall capacity of all the Plants would reach 21.6 MM m³/day. At these Plants, propane, butane and gas condensate will be fed into the multiphase pipeline (separately) and delivered to the Ust-Kut Gas Fractionation Plant. This Plant will separate LPG into the final product, specifically, commercial grade propane, butane and stabilized gas condensate. At the same time, the Irkutsk Oil Company drilling teams will continue developing gas reserves at the Yaraktinsky and Markovsky fields, and field construction of gas gathering pipeline system will be enhanced.

During the third stage of Gas Project, the Polymer Plant will be built with an annual capacity of 650,000 tons. This project is named Irkutsk Polymer Plant (IPP) and it would be the first of its kind in East Siberia to produce HDPE and LLDPE from ethane feedstock. Building such a plant will require utilization of the most advanced technologies, which meet the strictest international environmental standards and regulations. A Japanese engineering company, Toyo Engineering Corporation, have been selected to do the engineering and procurement for both processes of the polyethylene plant: steam cracking and polymerization. The engineering and composition of the plant will be similar to the most modern American, Asian, and European polyethylene plants that have been implemented in the last decade. As of today, the site survey for major and auxiliary facilities is underway; the construction and testing of the Plant is scheduled to be completed in 2024. Boilers which will generate stream and heating water, using dry gas from Yaraktinsky field which will be supplied through a special pipeline by the date of the Irkutsk Polyethylene Plant start-up.

In the next few years, we will upgrade the production site in Ust-Kut to accommodate a new project for methane processing. This ambitious project will necessitate support from the government bodies at both federal and regional levels. 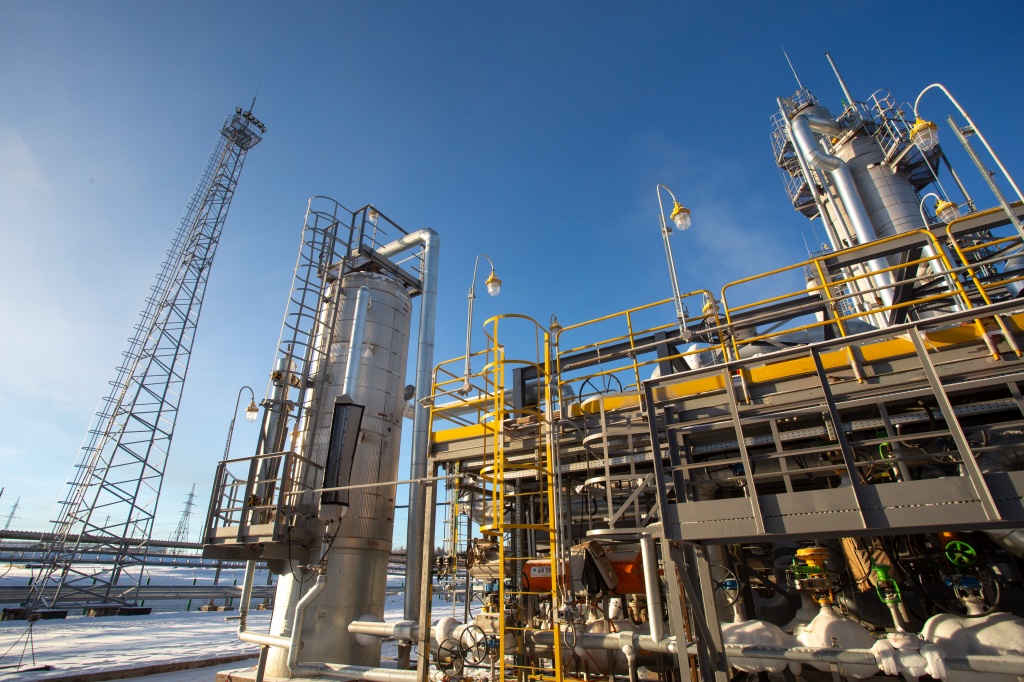 As of early 2019, over 50 billion rubles (about $1 billion) have been invested in the Gas project by Irkutsk Oil Company. The overall investments into various gas development technologies and facilities and infrastructure estimate to about 450 billion rubles.

The social and economic impact of the Gas Project is expected to be enormous for the region: